After having regular problems on my current hosting I decided to move to Mythic Beasts. When Bytemark changed brands I migrated elsewhere. It was a shame as they were a wonderful host for so many years. It feels like coming back home but with many little advantages.

First task was to create an account and signup. This could be improved a little. Only minor things, a few tweaks to make the process easier.

I found my chosen package, a VPS. Going through the o-toons was easy, that was until I got to the point of needing to generate an SSL key. Here, mythic beasts have a great tutorial on how to do this, but it is not linked to from the signup page. Adding a link there, and maybe a tooltip, to their tutorial would be really helpful. Maybe add tooltips for the DNS options too. First time around though I ran into a problem, and that was I was trying to signup on an iPad. As you need to generate a key, that is something that is not easy on an iPad. This area probably needs some though to make it easier. In my case I had to get up off the sofa and go to my PC. Not an issue but some people are lazy and may just give up try elsewhere, which would be a shame.

Getting to the end of the signup and it doesn’t let you continue until you create an account. If you already have one, not a problem, but if not you go through that hen have to go back and start again like I did. Maybe in the section where you are creating a server there should be a login or create an account o-toon to speed things up.

Finally on the creating a server section I got a little confused. I selected a 40gb HDD for my needs. When you go to the next page showing your summery it showed 10gb. So I went back a step, selected 40gb again and returned. It silly said 10gb. Only then did I notice that underneath it says units 4. Not a biggy, but a little easy to miss.

When I was creating my server I selected Sympl 11, well you would wouldn’t you. The build was very rapid with for once a very good progress bar, something many hosts lack. So instead of waiting and hoping lie elsewhere, you actually see that things are working.

Once setup the Mythic Beasts control panel is very good, with all the information needed at hand. Agin, it works very well on a PC, but not so well in safari on an iPad. You can get to each section, but every time I clicked a link to go to a new page I was forced to sign on again. This is probably an iPad issue, but frustrating. There is an online VNC for terminal access but like ALL of these things it is not usable on IOS devices as the keyboard does not pop up, so you cannot actually enter anything. This is normal for this type of console acces. There are tools available for IOS but they are either expensive or rubbish, I have not found a decent one yet, something I need t0 do as I often only have my phone or tablet when away from home.

So far I am very impressed with Mythic Beasts, despite the tiny niggles. The hosting seems very fast. I am really looking forward to migrating my sites next week and seeing how they run. I’ve just got to get my noggin around using OctoDNS, or just creating the records where my domains are.Undecided yet on that part.

This page may help with the OctoDNS side:

Thank you. I am certainly considering using that. Seems easier than setting it on the registrar side.

Fundamentally, the sign-up is extremely difficult to do on a pop-up toaster or on a steam iron.
It’s a bit easier if you use an iPad. But it’s still not the right tool for the job.
It’s probably not Mythic Beasts job to provide a system that works on every platform possible. If Apple want to pretend that iPads are computers, they should make them work that way. But they don’t.

I do agree, the iPad is not the right tool. Some hosts allow for it, others do not. Maybe not for signup, but for general, quick checks it would be nice for the experience to be easier. If I am out and about being able to quickly re-boot a server can come in handy.

On the Mythic Beasts tutorial pages, in portrait mode on an iPad the header and sometimes the top line of text is lopped off, works in landscape though. As I said, all minor things.

Links to the already written SSL generation guide should be a very quick an easy tweak though.

In your docs it says create a config file. Where do you put that file an what file name?

This is all great feedback guys - I’ll let the rest of the team at Mythic know and we should be able to work on the pain points!

In your docs it says create a config file. Where do you put that file an what file name?

Apologies, you’re the first person to spot that. The config file should be named /home/sympl/dns.yaml (it’s referenced in the script lower down in the doc).

Thanks for that. I saw the reference but wasn’t sure if it was a file generated by a script or the one I needed to create.

Everything so far has gone really smoothly and I have been amazed how fast data was transferred etc.

Thanks for that. I saw the reference but wasn’t sure if it was a file generated by a script or the one I needed to create.

I think all that you need to do is enable API access for the domain in the Mythic Beasts control panel. That’ll ask you for a password, and that’s the password you use in the config file.

As far as SSH on ios goes can I recommend Shellfish?

I have found to be excellent and updated regularly with some amazing features. Tmux support so you can resume session easily from another device is awesome. 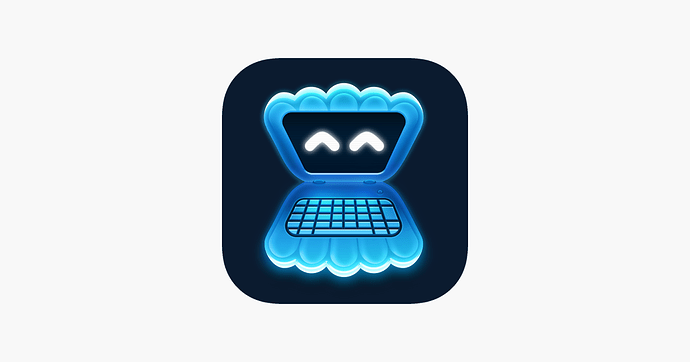 ‎Lightning fast SSH terminal with remote file access. No other app fuses your SSH servers and iOS devices as well as Secure ShellFish. Tap Get and see for yourself. Terminal supports standard text editing gestures for selection, scrolling and...

I bought a lifetime licence early on at a discount so I am not sure how it is priced now but I believe it is very reasonable.

Thanks for that. I’ve looked at a few in the past but not this. Looks ideal for the odd bit of maintenance. It is amazing how any server will work perfectly for years then go wrong the day you are on holiday in the back of beyond. It’s those times that it comes in handy.

It’s dead easy to do things like reboot a server from pretty near any web-connected device.
On my (Android) phone, I use Terminus.
I expect there is a similar app available on IOS

I tried Mythic hosting last year, post Sympl release, but I just couldn’t make the dns compliant with MX Toolbox so I resorted to installing Sympl on a Bytemark vm where the dns worked perfectly; and moreover take advantage of Bytemark’s flexible server setup.

I have a plan to switch some of my hosting to Mythic in order to fund the ongoing Sympl Project, but it appears Mythic’s Achilles heel remains dns setup. Sympl could also do with comprehensive documentation and example / explanations. I’m a longstanding Symbiosis user so Sympl with mediocre documentation is workable however Sympl probably doesn’t look that inviting to a new customer without ‘early learning’ documentation; for what it’s worth I’m one of those that needs unambiguous black and white instructions and examples that highlight relevance.

That said Sympl is a fantastic piece of work thanks to Paul.

DNS is the only problem I am having at the moment. I am not too worried as I know I can add all the correct settings at my registrars site. At the moment I am persevering and hoping that I can get OctoDNS to do the biz. If I can get that to work I can then move my other sites to Mythic Beasts quickly. Sympl I too really like. It has made life easy for so long and I have learnt so much because of it, and its earlier iteration.

DNS is the only problem I am having at the moment.

That’s a common pain point at the moment, but this may help a bit…

I will give it a go over the weekend. Currently everything is working manually using the registrars name servers.

One of the tweaks I’d like to see is a link from the domain page https://www.mythic-beasts.com/customer/domains/[domain]/dns , to the IPv4 to IPv6 proxy page My Account - Mythic Beasts so that it’s easier add the proxy items. The link exists in the other direction.

Thats a good point, I’ve logged an issue internally, and we’ll see what we can do!